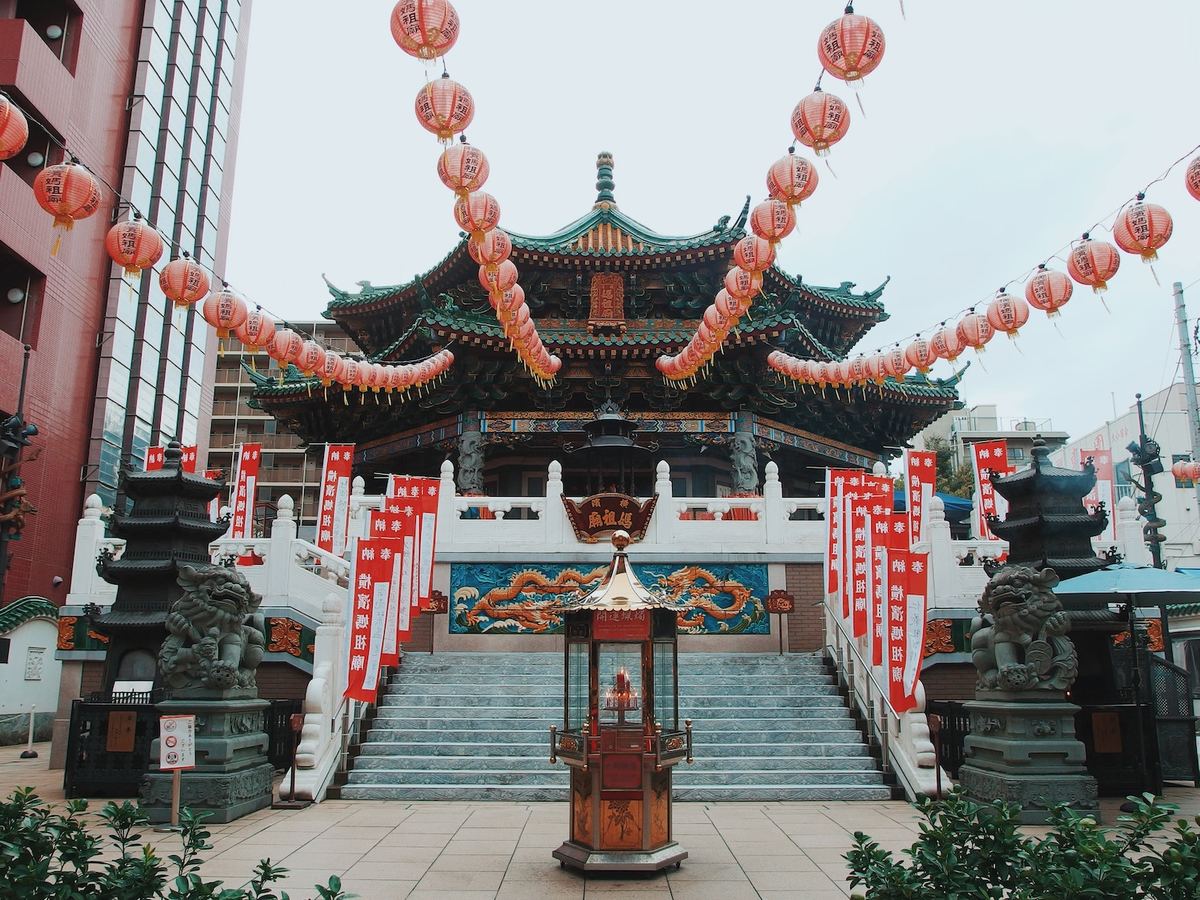 The lanterns are up, there's dancing dragons on the street and fireworks in the sky.... this can only mean one thing; Chinese New Year is here!

We’ve all heard of the traditions, but how much do we really know about Chinese New Year? This 4000-year-old festival is celebrated by over ¼ of the world's population. So don’t be fooled by the Chinese whispers, sit back, relax and take away the secrets of the Forbidden City.

From fortune cookies to fiery festivals, here's why China does new years best.

According to Chinese mythology, long ago the Jade Emperor decided that there should be a way to keep track of time. This inspired the ‘grand race’ where all animals were instructed to race across the river, with the fastest 12 being awarded a year of the zodiac named after them. Notoriously, the rat won the race by cheating (he sat on the back of the Ox to get across the river and jumped off at last minute- the rat!) This brought about the 12 zodiacs in winning order: the rat, ox, tiger, rabbit, dragon, snake, horse, sheep, monkey, rooster, dog, and pig.

What ancient event is complete without a mythical creature? Well in China they are spoiled for choice.

Monsters Tradition says that a ferocious beast ‘Nian’ meaning ‘Year’, will come out of hiding to harm people and their homes on New Year’s Eve. The legend says that people found that Nian feared the colour red, fire and loud noises.Therefore, every New Year's Eve at midnight, the people of China will launch fireworks, light fires, or will even stay awake the whole night to protect themselves from Nian.

Food God If you're a lover of mythical creatures then here's another ancient tale for you; the Food God. In China it is tradition to have a picture of this creature in the kitchen. They believe that it is the mission of the Food God to report all behaviour of the family to the emperor. To ensure that the Food God says positive things about the family on Small Year, they can put honey on the replica or model. Families say goodbye to the Food God by taking down and burning any paintings or pictures of the Food God. After New Year's Day, people will buy a new painting of the Food God and put it back up in the kitchen.

Across the world, New Years is just a single day. But not in China. Over in the east New Year is celebrated for 15 days, with children getting a whole month off school! As the longest festival in the Chinese calendar, why not go big or go home?

You may have heard about the red envelope given to children. But did you know that the amount they receive is usually an even number that cannot be divisible by four In Chinese, this is because in China the number 4 means death!

If you though bonfire night was big then you couldn't be more wrong! Chinese New Year is the world's biggest annual fireworks usage. No single hour in any other country sees as many tons of fireworks lighted as in China on New Years Eve. China produces about 90% of the world's fireworks!

Lastly, but we think most importantly, New Years Food. The reunion dinner is the most important new years eve tradition as it is viewed as everyone coming back together again, with 200 million chinese citizens traveling home for this event. They normally serve fish, dumplings and pork as these dishes are thought to represent wealth and prosperity. The majority of Chinese families will have New Years dinner at home not in a restaurant.

Before We Wrap up This Blog, Lets Have a Quick Reminder:

And there you have it chinese new year wrapped up in all its glitz and glamour. Let's face it when it comes to New Years traditions, China go supersized!

Discover even more about China

work a summer camp with Adventure China and discover more about this ancient country: