Why Working as an Au Pair Abroad Will Change Your Life 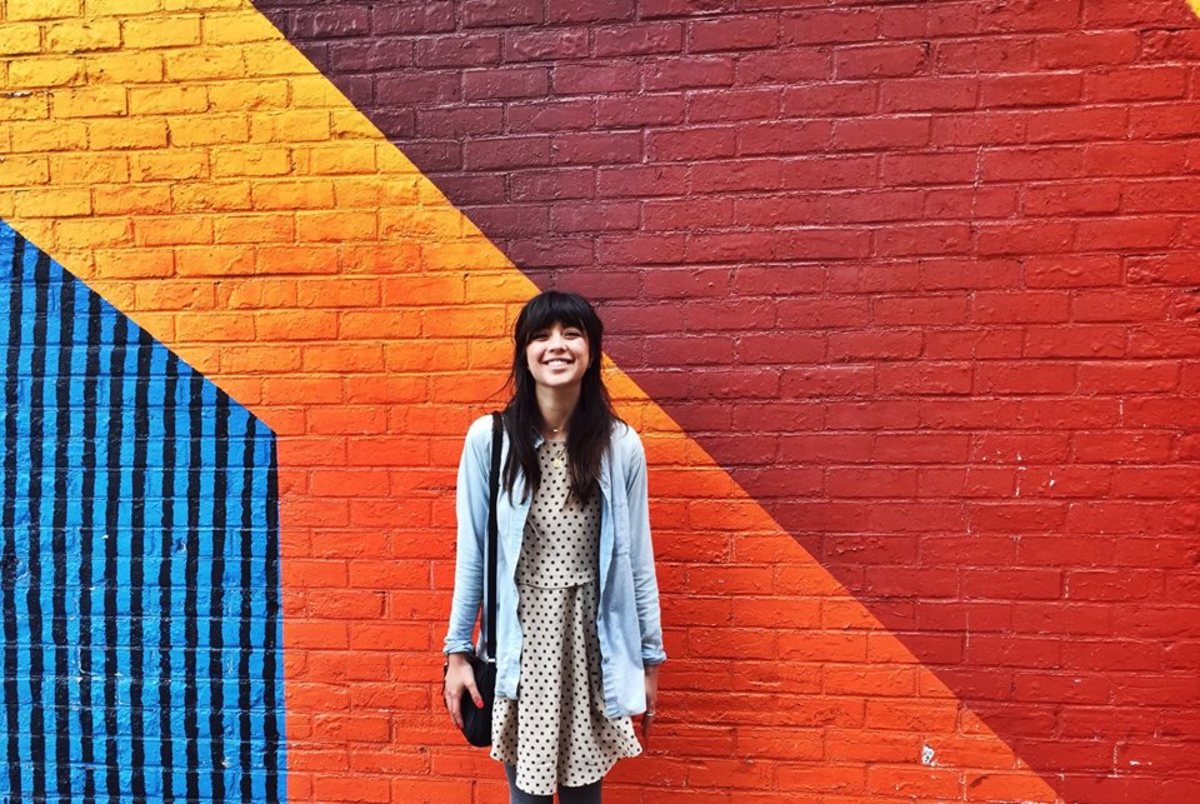 April 4, 2017, marked the two-year anniversary of me saying goodbye to England, and heading off on a new adventure.

I was at the very start of a one-way journey to Madrid, to become an Au Pair. I won't lie - I’m still a bit flabbergasted at how crazy I was, to pick up and move abroad alone. Looking back, I’ve realized that being an Au Pair was the best way for me to live and work abroad. If you want to experience a new place, but still have (almost) all the comforts of home, Au Pair jobs abroad can get you there. I still hold fond memories of my experience there, and think about my life in Spain quite often. Au Pairing has been one of my absolute favourite experiences in my little life so far - here’s why you should give it a go if you’re looking to work abroad.

You get to live in a foreign country of your choice - for free.

This is the most obvious reason why you should work as an au pair abroad - and it’s a really, really good one. Life is always better with interesting new experiences. The best way to make new experiences is to get out of your comfort zone, head to a new place, and soak up every detail.

Since my early teenage years, I’d always known that I wanted to live in Spain, before eventually settling down in London for the remainder of my youth. I found the Au Pair in Spain program, and was lucky enough to be based in Madrid - an absolutely wonderful city. I used to love wandering around the cobbled streets in my spare time, sourcing out the best tapas and sangria the city had to offer.

It’s an easy way to make new friends around the world.

I knew I wanted to go to Spain, so I decided on the Au Pair in Spain program through Smaller Earth and Club RCI. I was worried about not knowing anyone there, but I shouldn't have bothered. They had a network where I could meet other Au Pairs, and I was lucky enough to make some awesome friends out there (shout out to Chris, Kat and Carina!). It was an unforgettable experience with lifelong friends.

It's also worth mentioning that the administrative process is really straightforward. All you need is a valid passport, your medical history, and references, and you’re pretty much ready to go! Going with an au pair agency means that you'll have someone there to help if anything goes wrong. I chose Smaller Earth and Club RCI because they are IAPA registered, and very welcoming. They were incredibly helpful and supportive both prior my departure and throughout my Au Pair placement.

I'm completely serious when I say that it might be easier to bathe a sanctuary of cats all at once than it is to bathe a small toddler who doesn’t like shampoo. Skill numero uno - your childcare skills will improve drastically. Au Pair jobs abroad allow you to completely immerse yourself into a new culture, and a new family. You'll develop a routine, and you'll love being the childrens' go-to playmate (even if that includes being asked to play at 6am when it’s your day off).

I’ve learned skills that will help me be an awesome mother, when I eventually decide to have some little nippers of my own - and I couldn't have gained those skills in a better way. (Hint: children are easily bribed with chocolate and Disney films when you need to do chores/get to school on time.)

You'll witness your host children change and grow, right before your eyes.

Aside from living in a brand new city, this was the most amazing part about being an Au Pair abroad. I ended up getting quite attached to my two small children, and watching them grow was an amazing experience that I’ll never forget. They began to absorb some of my mannerisms, and the rate they could sass me in my native language was both astonishing and hilarious. Watching them grow everyday was seriously cool, and by the time I had left, they were the most awesome little people I’ve ever met. (I'm definitely not getting choked up as I write this.)

You'll experience a brand new culture in the most authentic way.

Being an Au Pair abroad taught me so much about Spanish culture - more than a city break to Madrid ever could. I may be stating the obvious, but living with a native Spanish family for 3 months gave me experiences I couldn't have had any other way. I managed to see so much more of the city than I ever could have if I just went there for a holiday. You'll get to experience the ins and outs of everyday life, share their traditions, and try a lot of authentic tasty cuisine. My host mother’s tortilla is still the best one that I’ve ever had.

You'll become an automatic ambassador for your host city.

Even years later, I'll still get messages from people I know who are travelling to Madrid. They'll often ask me where the best places to go are, and what they absolutely can’t miss while they’re out there. I still know the city and metro system like the back of my hand - and I'm always so happy when my friends return from Madrid and tell me how much they loved the city.

I'll give you a couple of these hints: If you’re heading out to Madrid soon, you won’t want to miss the Malasaña and Chuecca neighbourhoods. Another must-see is Mercardo de San Miguel. It blows all of London’s most famous markets out of the water. Stay tuned for another article about Madrid's must see places - we've got some that you won't find anywhere else on the internet.

I studied Spanish at school, so I already had a pretty good grasp on it - or so I thought. I learned more from three months living in Spain than I ever did in six years in an English classroom. It feels pretty cool when you're able to walk into a foreign store and communicate fluently with people. It feels even cooler when they don’t look at you with pity in their eyes when they hear you speaking their native language. The best feeling, though, is when you have an intricate conversation with the locals (that isn’t just about the weather), and you can understand each other.

You'll be changed for the better.

Au pairing has changed me as a person forever, and in such a positive way. Being exposed to people in another culture made me become more selfless and open-minded. When I moved to London on my own shortly after I left Spain, it didn’t even phase me - after all, it wasn't my first time moving to a brand new city on my own. The experience caused my confidence and spontaneity to skyrocket, because getting on a plane alone with a one-way ticket when you’re 20 is pretty damn scary. Somewhat ironically, it also changed my mind having kids. I never saw myself wanting children before - but Au Pairing abroad changed the way I saw my life going forward. Being an Au Pair is an amazing experience, and I'd would never change for anything - except maybe for some more of my host mother’s tortilla.