The Best Things to Do on a Budget in Beijing 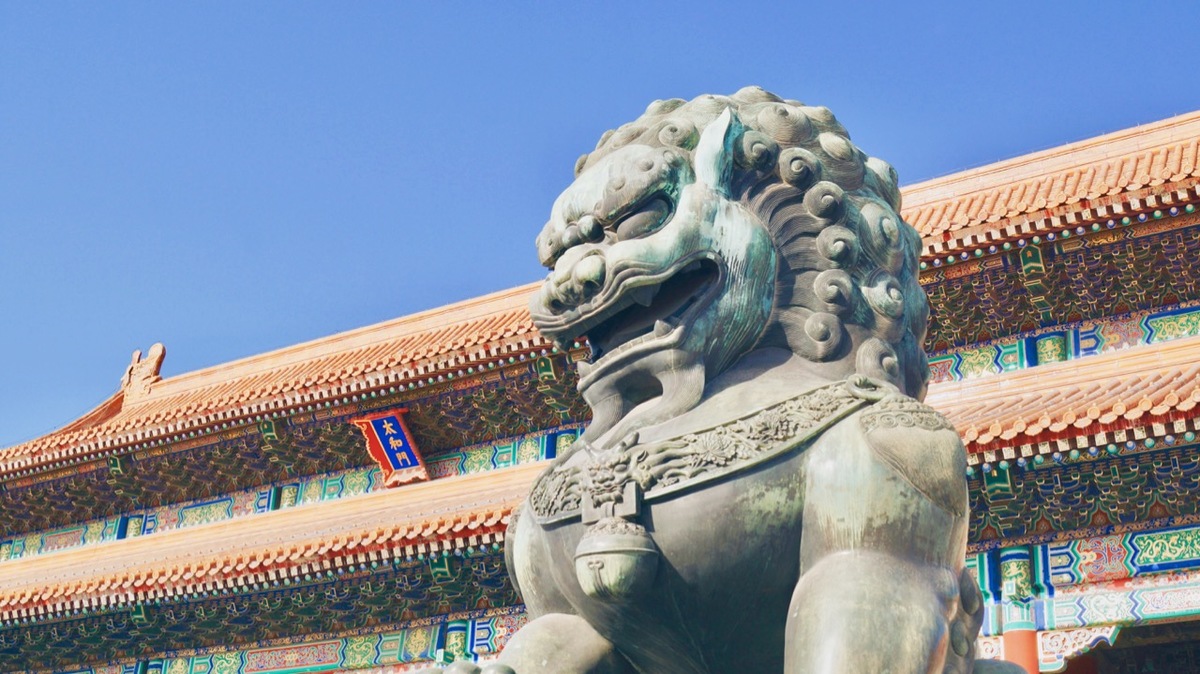 Since the 1980s and the implementation of the Opening Up policy, China has become a major global player in every industry.

The economy is going through one of the biggest booms in history and with that, there’s been a huge increase in tourism. By 2030, China is predicted to be the most visited country in the world.

For now, though, China is still seen as an alternative destination for those looking for a different path to the usual backpacker routes of Southeast Asia and Australia. But as the tourism industry grows so does the cost to the tourist.

China is a relatively cheap destination to travel, as long as you travel right. Drinking imported beer and eating at western chains is going to hurt your daily spend, but being clever with your budget means you can still pack a lot into your Chinese adventure.

With Beijing at the top of most people’s China bucket list (and which also tends to be the place people fly home from after summer camp in China ), here is our list of the best things to do on a budget in Beijing.

This is the first stop for any trip to Beijing.

Right in the heart of the city, the iconic Tiananmen Square is full of history and, most importantly here, completely free.

The square itself is enormous (at an incredible 440,000 square metres!) and surrounded by some of the most recognisable landmarks in China.

To get the full scale, take the subway to Qianmen station (前门站) on line 2, using exit A, as this will bring you out at the southern end of the square. Go through the 500-year-old Zhengyang Gate and walking the almost one kilometre through the square will take you past a few iconic (and free to enter) buildings:

Visiting Tiananmen square and the locations listed are all free, however, the whole area is full of security checkpoints so remember to bring your passport with you.

Although not free, the Forbidden City is a sight that you can't miss during your trip to Beijing. At over double the size of the Vatican, the size of the place will certainly capture your attention.

Covering over 720,000 square metres, this staggeringly large city has nearly 1000 buildings, which date back to approximately 1410.

Also known as the Palace Museum, it hosts some of China's most sacred, culturally important and rare exhibits seen anywhere in the world. It also gets nearly 15 million visitors every year, showing how most tourists find it a 'must do' on their trip to the country.

You'll have to pay a fee of roughly 60RMB, which equates to about £6.60. For less than a price of a meal back home, make sure you take the time to explore this historic area.

Take subway line 5 or 6 to Dongsi station and exit E to visit the National Art Museum.

It’s a great introduction to Chinese modern and fine art, including the shadow puppets and paper-cuttings that you’ll see for sale all over the city. Keep an eye out for four oil paintings by Pablo Picasso, which are also homed here.

The National Art Museum is free to enter with your passport, but it is closed on Mondays, so bear this in mind when planning out your itinerary.

798 is in the northeast of the city and the easiest journey is to take a taxi but to save those Yuans, jump on subway line 14 and get off at Wangjing Nan Station. At Exit B1, you’ll be able to walk 20mins to the entrance or take bus 403 to Dashanzi Lukou Dong Station.

Originally a large industrial complex of factories and warehouses, 798 Art District was abandoned in the 1990s, when a new wave of Chinese modern artists moved in and transformed the whole area. Now, it’s home to galleries, microbreweries and cutting edge studios.

The complex is free to walk around, with some of the galleries also being free to enter. Most of the streets are full of art themselves with sculptures and graffiti lining most roads so keep your eyes open whilst you wander around.

Recently, 798 has become well and truly established on the tourist circuit (there’s no escaping gentrification) but if you jump back on the bus a few stops north and head to Caochangdi, you’ll find a similar arts centre focused around ‘Fake Studios’ and buildings designed by Ai Weiwei. Caochangdi is now home to some of the founding galleries of the 798 zone.

Eat on the street

China is a dream for food-lovers and you don’t have to survive on a diet of boiled noodles to stick to your daily budget.

The easy suggestion used to be to head to Donghuamen Night Market and pick up the overpriced selection of insects on sticks. But for the real deal, you’ll need to head down the back streets and hutongs to search out the best street food vendors and hole in the wall restaurants. Expect to pay around 10RMB (approx £1) for a street snack and around 30-40RMB (approx £3-£4) per person in a restaurant.

Half of the satisfaction comes from sniffing them out yourself, but here are a few places to start your search:

A few starter snacks to look for:

If some of these snacks have got your tastebuds (and wallets) attention, then you may also want to check out our article on the top Chinese supermarket snacks.

The real Beijing happens in the hutongs and the squares and it doesn’t take too much exploring to find these community spaces.

China is a people watcher's dream. Across every city, you’ll see large groups of people exercising, dancing and practising hobbies together, usually in the main squares but failing that, anywhere with a little space.

There’s even a name for this (广场舞 guǎngchǎng wǔ) which is literally ‘square dancing’. If you venture away from the centre and into the less touristy areas of the city, you’ll find these local communities out in the square. You’re also more likely to spot these groups in the evenings, so plan your day accordingly.

The Great Wall of China

For most, the Great Wall of China would be the first landmark you think of when you hear the word “China”. At 356 miles long, the Wall is considered the longest building in the world and is a wonder worth seeing.

The iconic wall is, understandably, high on most people’s Chinese itineraries. The good thing is that you can access it quickly (and cheaply) from Beijing. If you want to avoid some of the pricy day trips that get offered, you can catch the 877 Bus line or the S2 train, both of which get you directly to Badaling, which is a popular area of the Wall.

Do remember that this is one of the world’s most iconic sites, so you’ll be encountering the crowds most times of the year, but especially at Chinese New Year and National Day holiday.

Whether you're on holiday or you've just finished summer camp, this is understandably at the top of most people's China bucket list.

Created for the 2008 Olympic Games, Beijing Olympic Park hosts a wide array of sport-specific arenas. The famous National Stadium (also known as the Bird’s Nest) is the jewel in the crown here, but you can also find the likes of the Water Cube (the aquatics centre), the China Science and Technology Museum, Indoor Stadium, Convention Centre and the remainder of the Olympic Village.

Opening times and fees can vary depending on which arena or building you wish to enter. Most are open every day (with the exception of the Science and Technology Museum which is closed on Mondays), with slightly reduced opening hours during the winter. The most you’ll pay is to enter the Birds Nest, which will set you back 50 CNY (approx £10).

For those looking at bagging a bargain, Pearl Market (also known as Hongqiao Market) could be the one for you.

As the name suggests, it’s renowned for the quality pearls (amongst other items) that are sold here. So much so, that the market gets an estimated one million visitors per year. If pearls aren’t what you’re here for, then the selection is certainly eclectic, with digital products, watches, clothes, silks and seafood all forming part of what’s on offer.

There are loads of different bus options to get to the market, but if you’re looking at taking the train, hop on Subway Line 5 to Tiantan East Gate and leave through exit B, with it only being a short walk away.

Beijing certainly offers a lot of potential budget options for those who are saving the Yuans. If you’ve just finished summer camp in China, it’s important to make your pocket money stretch as far as possible. If you follow the above guide and things to do in Beijing on a budget, you’ll not only see some incredible things, but you’ll have a great (and cheap) time too.

Want to explore Beijing yourself?

Find out more on how you can work and travel the country with Adventure China: